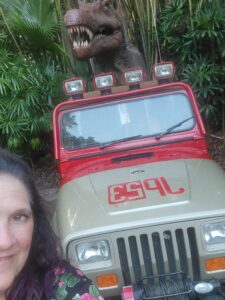 Universal Orlando Resorts has a lot to offer as a vacation destination! There are two theme parks, Universal Studios and Universal’s Islands of Adventures, and one water park, Universal’s Volcano Bay. When I recently stopped there, I found many hidden gems within the two theme parks and thought I would share five of them with you!

I hope you take an opportunity to visit Universal Orlando resorts and share with me some of the hidden gems that you found while you were there! I have a few more that I know of but don’t want to give them all away!  To learn more about a Universal Orlando Resorts contact us today!